Cycling in Qeshm and Hormuz Islands in the Persian Gulf

Hormuz (Hormoz) also called Ormuz, mostly barren, hilly island of Iran on the Strait of Hormuz, between the Persian Gulf and the Gulf of Oman, 5 miles (8 km) off the coast. The population may decline by half in summer through migration. Hormuz village is the only permanent settlement. Resources include red ochre for export.

Around 1300 the ruler of Hormuz abandoned the mainland because of robbers and founded New Hormuz on the island; it gradually superseded Qeys as the most important Persian Gulf emporium and dominated other gulf islands and occasionally mainland Oman.

In 1514 the Portuguese captured Hormuz and built a fort. For more than a century the island remained Portuguese but the rise of the English locally and the Persian shah’s resentment of Portuguese occupation culminated. In 1622 Hormuz was captured back by joint Anglo-Persian forces. Of the old and famous city scarcely anything now remains except for part of the Portuguese fort.

Hormuz, along with the nearby larger island of Jeshun and the mainland port of Bandar Abbās was leased to the rulers of Muscat and Oman between 1868 and 1798.

Hormuz Island has many attractions. It has many colorful mountains, colored earth, multicolored stones and some salt caves.  Beauty of nature, kindness of indigenous people who live on the Island can be a reason for tourists make this their vacation spot during the winter. The climate in this Island is extremely favorable in the months during late autumn and winter.

Qeshm, in Persian Jazireh-ye Gheshm, is the largest island in the Persian Gulf, belonging to Iran. It lies parallel to the Iranian coast from which it is separated by the Clarence Strait. With an area of 460 square miles (1,200 square km) it has an irregular outline and a generally rocky coast except for sandy bays and mud flats fringing the northwest. Irregular table-topped hills almost cover Qeshm; several are over 900 feet (270 meters) high and one, Kish Kuh, reaches 1,331 feet (406 meters). Salt is mined on the southeastern coast and there are naphtha springs. The island is mostly barren but cereals, vegetables, melons, and dates are grown and there is fishing and weaving.

Qeshm Island UNESCO Global Geopark was granted designation of UNESCO Global Geopark on May 05 2017 which has the shape of a dolphin. It is the largest island of the Persian Gulf region and stands parallel to the south coasts of the Hormuz Strait. The highest point on the island, Kish Kuh Mount, is 397 m high. This island has also the world longest salt cave, 6600 m in length. In addition to the salt formation and complex, other sedimentary formations are exposed in the different anticline structures on the island. The island has abundant wildlife, including birds, reptiles, dolphins and turtles. In Qeshm Island, zoogeographical areas of Palearctic and Oriental, and phytogeographical areas of Afro-tropical, Oriental and Eurasian, are meeting each other, which generated a huge variety in fauna and flora. Qeshm Island UNESCO Global Geopark has three cities and 57 villages. The culture of Qeshm is based on its intact nature and geological heritage. The oldest human settlement in the Qeshm Island UNESCO Global Geopark is about 40,000 year old. According to archaeological analysis, the island inhabitants were famous traders in ancient Persia, especially during the Sassanid era, with the Far East, the west coast of the Indian subcontinent, the southern shores of the Persian Gulf and especially the east coast of Africa. This trade continued during the Islamic periods. According to anthropological observations, some cultural traces, clothing or music, observed on the island, have their roots in African and Indian cultures. Qeshm is also a supposed site of the Garden of Eden according to Cassell’s Bible.

It’s an Adventure & Active mountain biking tour to the Qeshm, Hormoz and Hengam islands in the Persian Gulf. On this journey you will experience totally a different aspect of other regions in Iran. The local people, ethnics, food, language, customs, architecture of the village and amazing mix of Arabic and Persian culture is the key to experience in travelling to the Persian Gulf.
You will have experience plus cycling around 300km in the islands via mix of dirt and asphalt road. You will pass a plenty of villages and attractions en route and we will go across of local tribe which they has kept their own old tradition and custom. The coast which you will visit in this journey is dotted with small villages and towns. Small wonderful islands of this itinerary are located around Qeshm, each with its own attraction and characters.
In Qeshm you will see Hara Forest (Mangrove), Stars Valley, Chah Kuh canyon, Laaft Historic Port.
In Hormoz Island you will explore the Portuguese Castle and enjoy swimming in the Persian Gulf. You will have a full day biking in some non-touristic & unexplored regions around the island.
We will also have a short visit to Hengam island by boat to watch the Dolphins wandering in the Persian Gulf.
At the end you will fly to the Capital which you will have one day city tour with visiting of the main attraction of the city and visiting Tehran Golestan Palce. (world heritage site) 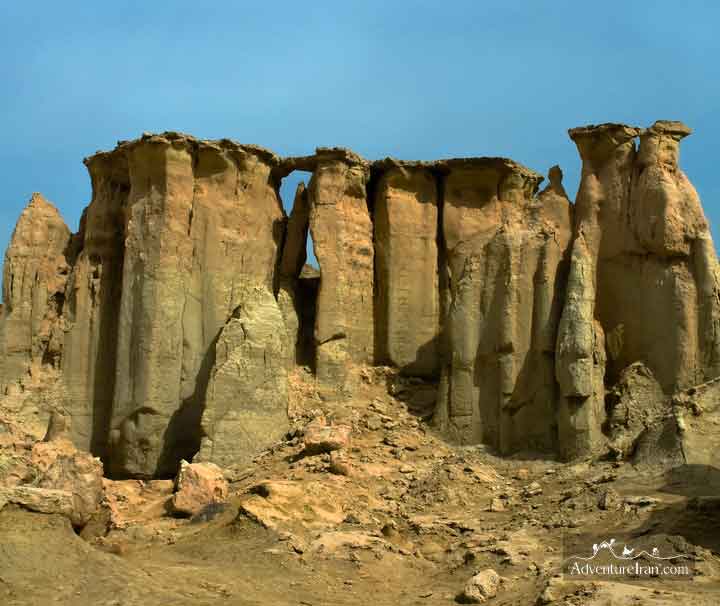 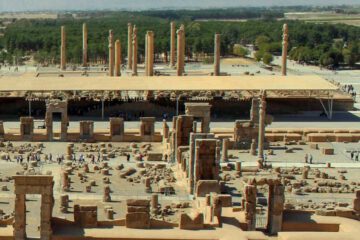 A classic journey covering the most touristic
9 Days
Easy 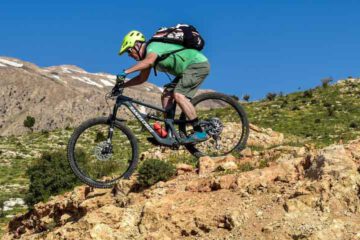 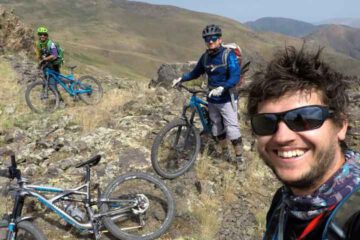 Best of Iran and hiking through Zagros Mountains

Best of Sistan and Baluchistan