The Lut Desert also called Kavir-e Lut, or Dasht-e-Lut Desert is the second desert of Iran in terms of vastness, and is located in the southeast of the country. It is the world’s 27th largest desert, and was inscribed on UNESCO‘s World Heritage List on July 17, 2016. It stretches about 480 kilometers (300 mi) long and 320 kilometers (200 mi) wide. A huge mass of dunes and sand rises in the east, while in the west an extensive area of high ridges is separated by wind-swept corridors. 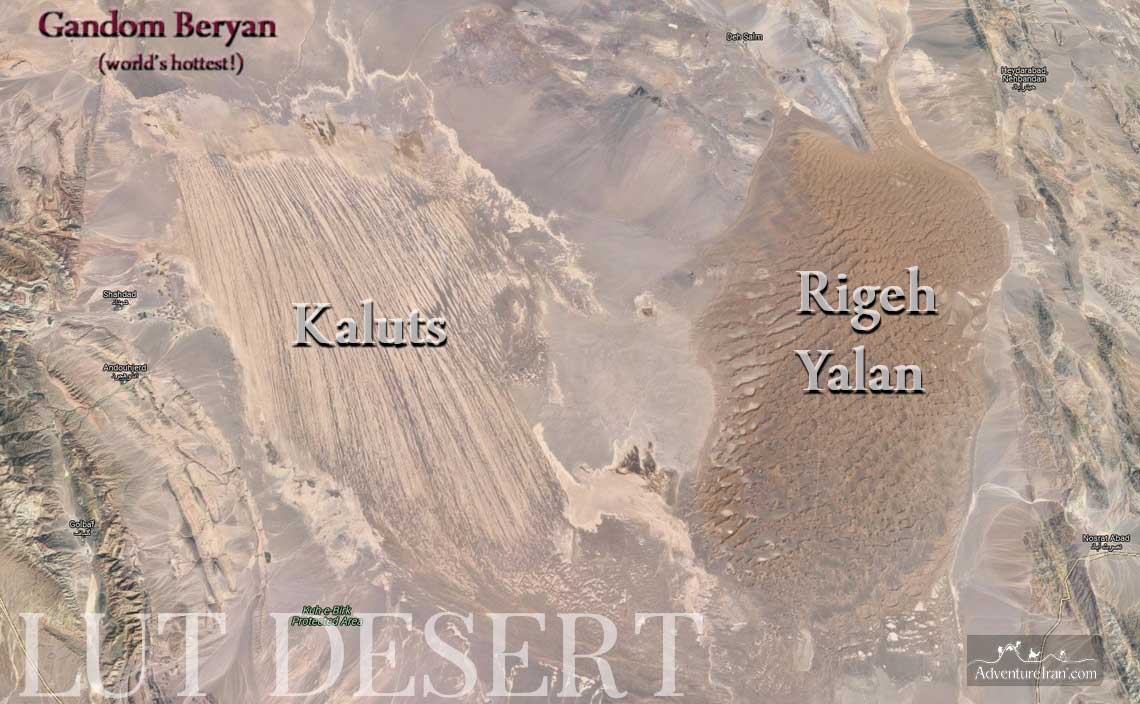 At its lowest salt-filled depression, less than 1,000 feet (300 meters) above sea level, the summer heat and low humidity are believed to be unsurpassed on the planet. Between June and October, this arid subtropical area is swept by strong winds, which transport sediment and cause aeolian erosion on a colossal scale. Consequently, the site presents some of the most spectacular examples of aeolian yardang landforms (massive corrugated ridges). 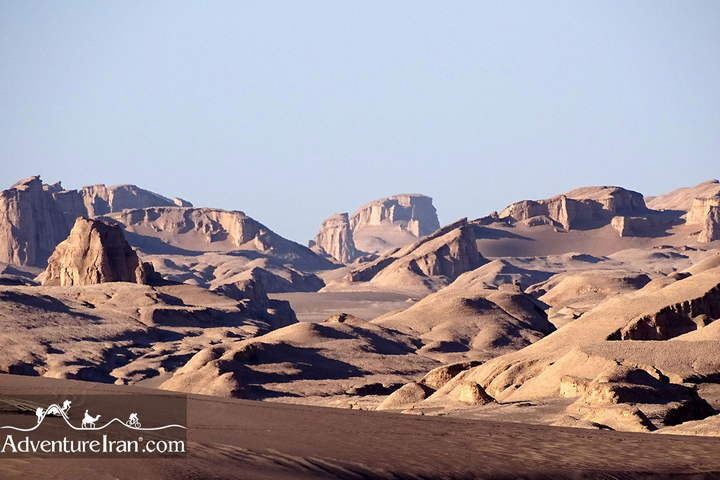 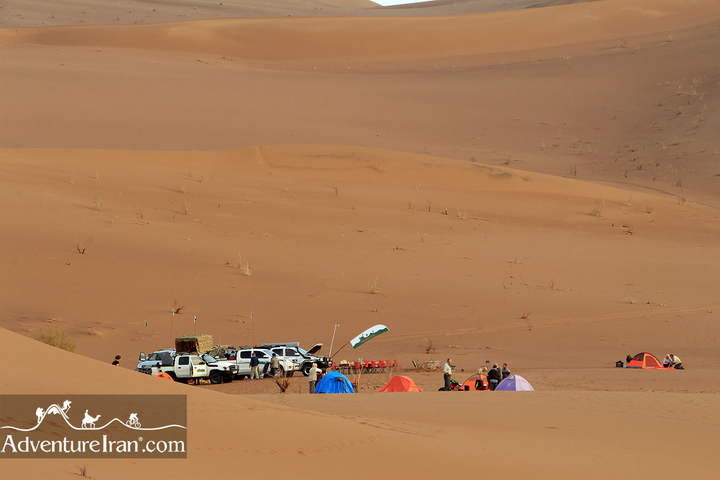 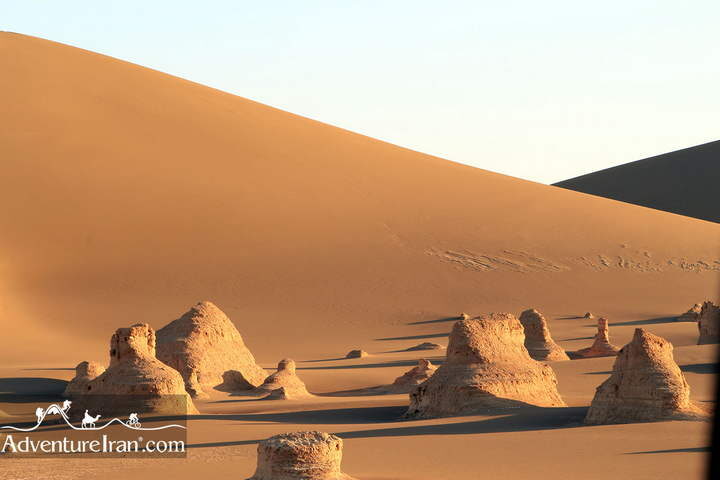 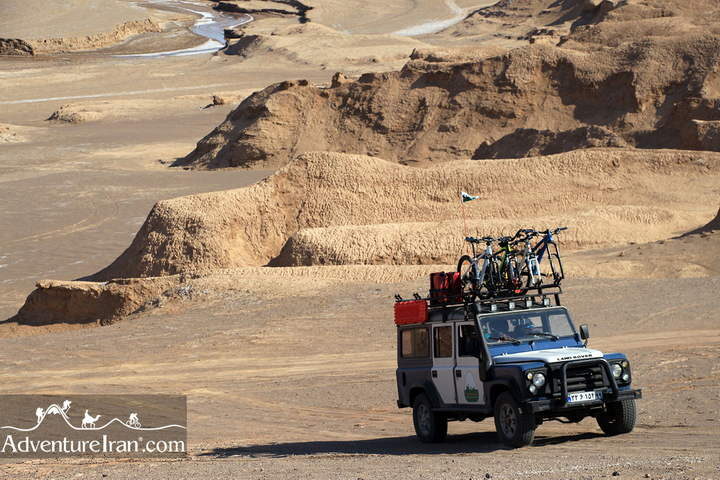 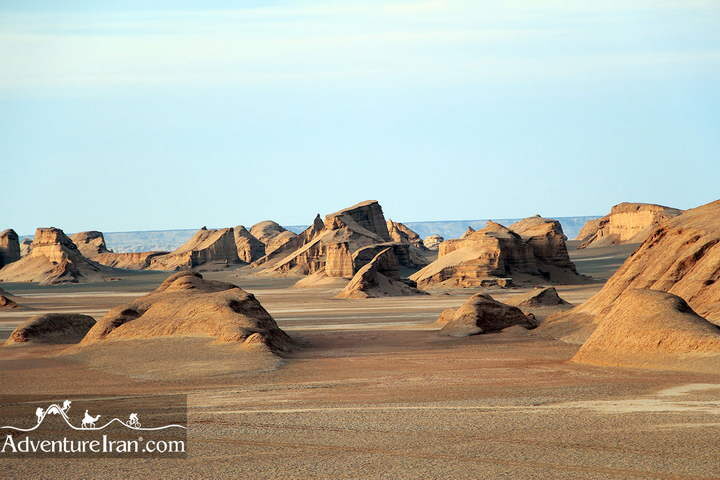 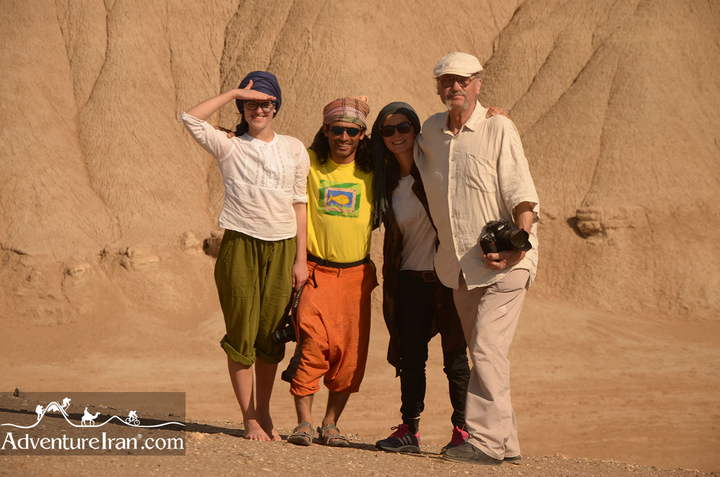 It also contains extensive stony deserts and dune fields. The property represents an exceptional example of ongoing geological processes. NASA research results suggest that the Lut Desert is one of the hottest places on Earth. According to satellite data from NASA in 2005, a surface temperature of 70.7 degrees Celsius was recorded here. This temperature is the highest temperature ever recorded by satellite from the surface of planet Earth. That’s why it’s called the ‘2005 point’.

We have a few different short and long Lut desert tours in Adventure Iran. One of our famous desert adventure tours is Iran Lut Desert 4X4 Expedition. For those of you who don’t have enough time available to experience this long trip, there is a shorter adventure tour we can recommend; Desert safari in Dasht-e Lut Desert & Discover Hidden Spots, which would be just perfect.